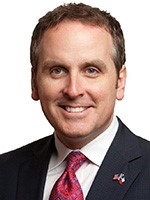 Senate Bill 1050, which would address Medicaid underfunding and seek to improve quality, was filed on February 22 by Senator Bryan Hughes (R-Mineola).

Hughes’ bill, known as the Nursing Home Quality Act (NHQA), would create the largest quality based healthcare program of its kind. Half of the funds in the program is dedicated to facilities that meet quality metrics.

The legislation sets up a method to bring federal funding to raise Medicaid rates under a provider assessment, similar to programs used in 43 states. It will not cost the state budget and will not expand Medicaid. Non-profit and church based facilities, veterans’ homes, and continuing care retirement communities (CCRCs) would be exempt from the assessment.

Texas providers currently lose an average of $27 per Medicaid resident per day. That has led to staffing difficulties and helped push several providers out of the market.

THCA has worked on this proposal since the end of the last legislative session in 2017 with providers around the state. It is the top agenda item for the association this session.

“Senate Bill 1050 will bring federal funding to Texas—money that is effectively being sent to other states—that will be used to solve staffing and quality issues,” THCA President and CEO Kevin Warren said.  “I thank Senator Hughes for making Texas seniors a priority with this legislation.”

You can learn more about the bill from this video.

In addition to funding, THCA is focusing on managed care reform and regulatory improvements. Legislation was filed to carry out each of those objectives.

On managed care, Rep. Richard Pena Raymond (D-Laredo) filed House Bill 2221 on February 22. It is intended to address issues providers have faced in dealing with up to ten MCO portals. It will require a single, uniform portal that allows participating providers to review, manage and edit claims in the same manner as if such claims were submitted to the portals provided by each separate MCO.

Raymond also filed House Bill 2379, which includes a provision to keep Medicaid rate setting for long term care residents as a responsibility of the Health & Human Services Commission (HHSC). Without the change, managed care organizations will gain the power to set rates starting in September, 2021.

Rep. Travis Clardy (R-Nacogdoches) has filed legislation supported by THCA that can lead to an improved survey and informal dispute resolution (IDR) process.

•  Require state surveyors stay at a building after citing an Immediate Jeopardy violation until an abatement plan has been approved.

•  Require the lead surveyor who was present when a violation was found should be available for examination or testimony during the IDR process.

•  Mandate a registered nurse with long term care experience review any appeal in the IDR process that is clinical in nature.