The 85th Legislature should protect Freedom of Choice

Unless the Legislature extends freedom of choice protections for nursing home residents adopted in 2013, many Texas senior citizens might soon face the need to move out of the nursing facility where they currently reside or face long term care costs they won’t be able to afford. This could occur as managed care organizations administering the Texas Medicaid program narrow their nursing home networks. Such a move could be devastating, as nursing home residents could be displaced to unfamiliar locations away from their families.

PROTECTIONS FOR NURSING HOME RESIDENTS AND THEIR FAMILIES

In 2013, the Legislature passed Senate Bill 7, which mandated all nursing home residents whose care is funded by Medicaid enroll with a managed care organization. Understanding that this had the potential to cause serious disruptions in care and confusion to these residents, the legislation wisely included several protections.

One of those protections was to maintain the freedom of nursing home residents to choose the facility that best meets their needs and keeps them close to their families. This was to be achieved by requiring that any facility licensed to care for residents on Sept. 1, 2013, and that maintained that license could not be excluded from a provider network. This provision expires on Sept. 1, 2017. Concern arises because of the growing trend of health plans narrowing their provider networks. Changing nursing homes is not as simple as changing doctors.

Narrower networks could cause residents to be displaced or face unaffordable costs. Limiting residents’ options could even force them to move to a facility that is much farther from their loved ones whose visits are so important.

Narrower networks could also have significant consequences for rural Texans whose communities may already have a limited number of nursing home options. Displacing residents in urban areas could also come with undesired consequences, as working families could face transportation and logistical challenges in their attempts to maintain regular visits with their family members residing in nursing homes.

Expiration of this provision would also grant a contractor, such as a Managed Care Organization, the power to adjust the rules of a state-administered program. These entities would be able to limit access to a nursing home that was licensed to provide long term care during the transition to managed care and that continues to maintain that license. 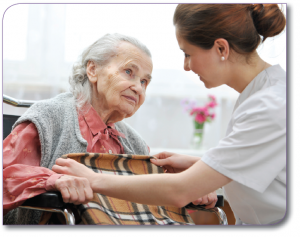 CHALLENGES WITH THE TRANSITION TO MANAGED CARE

Following a six-month delay, implementation of SB 7 took place on March 1, 2015. Changing coverage for approximately 58,000 residents was a massive undertaking and not without complications. Significantly slower payments from health plans, increased costs for billing processes and delays in treatment pre-authorizations have caused major difficulties in facilities throughout Texas.

The situation would be worse had the Legislature not required that each managed care organization contract with all licensed facilities in their service areas. Without that provision, there would be more confusion for providers and residents and another blow to facilities trying to work through the changes brought on by managed care.

Without action from the 85th Legislature, the freedom of choice protection for nursing home residents will end on September 1, 2017.

PROTECTING SENIOR TEXANS AND THEIR FAMILIES

By making the freedom of choice protection permanent, the state can avoid the potential turmoil that could follow should it be allowed to expire. This will ensure that residents and their families continue to have the ability to choose the nursing home that works best for them and their loved ones, regardless of where they live in Texas. In addition, it will offer stability to providers who continue to meet state and federal requirements to care for Medicaid residents.